Vicenza is one of those places that does not get enough credit. My first visit was in 2018 on a bike tour. I enjoyed it but was only there for 18 hours and then back on the bike. As we left our hotel and walked into the center of town we came upon this picturesque scene. Ponte San Paolo crosses into the main part of Vicenza.My next visit was in October 2019 with great weather and no crowds.

The town is filled with many interesting sights

As night fell we found this wonderful portico. It was worth coming back in the morning. 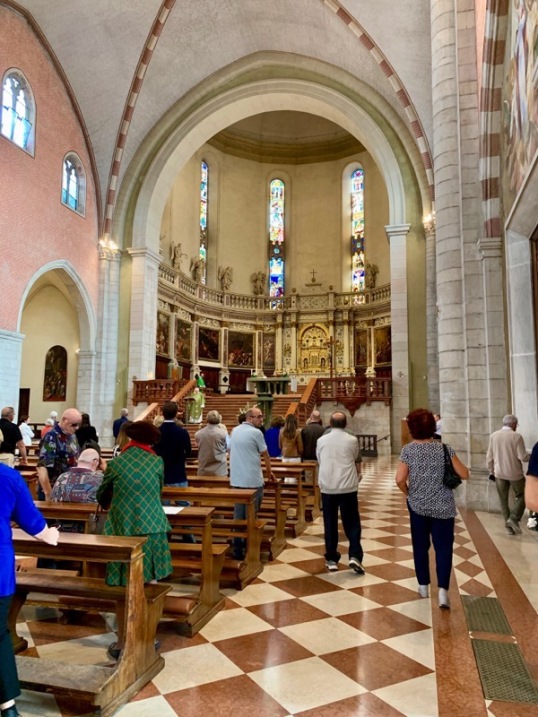 The Duomo of Vicenza.

My wife wanted to attend service and we just made the mass time. 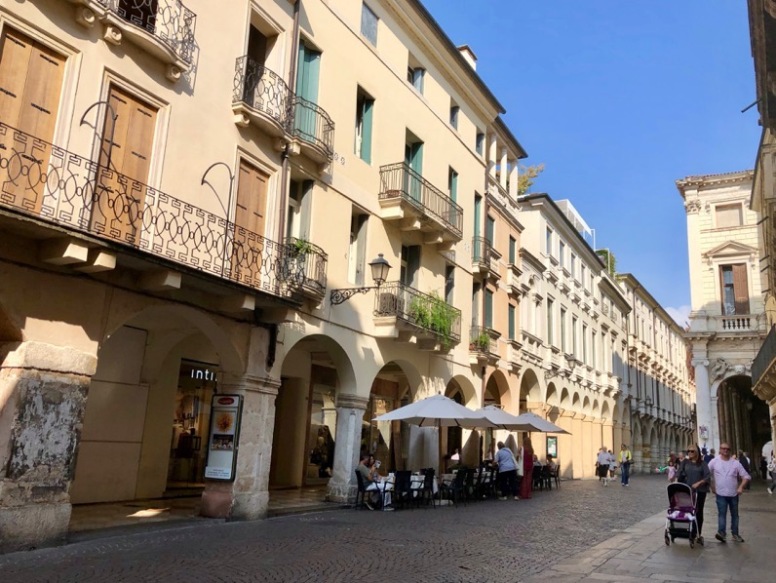 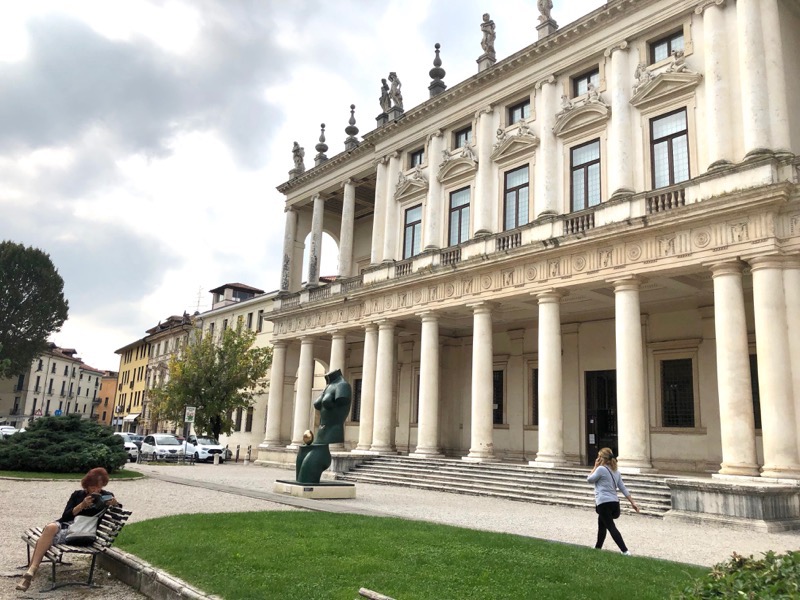 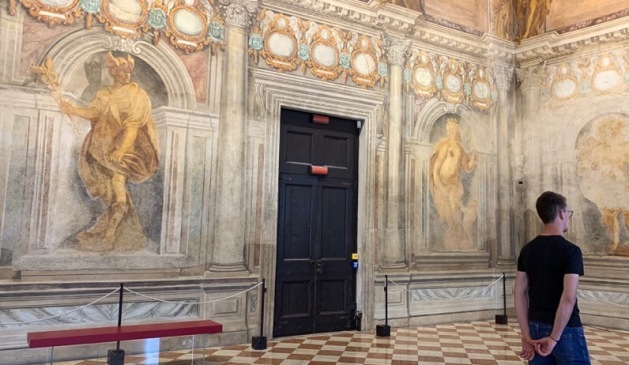 The Teatro Olympico was the last work by the architect Andrea Palladio. His works are all through the city. I was not completed until after his death. The painted scenery gives the incredible illusion of depth.

Buildings
Villa Barbaro
Villa Capra “La Rotonda”
Basilica Palladiana
Church of San Giorgio Maggiore
Il Redentore
Teatro Olimpico
Projects
I Quattro Libri dell’Architettura(The Four Books of Architecture)
Andrea Palladio (/pəˈlɑːdioʊ/ pə-LAH-dee-oh, Italian: [anˈdrɛːa palˈlaːdjo]; 30 November 1508 – 19 August 1580) was an Italian Renaissance architect active in the Venetian Republic. Palladio, influenced by Roman and Greek architecture, primarily Vitruvius,[2] is widely considered to be one of the most influential individuals in the history of architecture. While he designed churches and palaces, he was best known for country houses and villas. His teachings, summarized in the architectural treatise, The Four Books of Architecture, gained him wide recognition.[3]The city of Vicenza, with its 23 buildings designed by Palladio, and 24 Palladian villas of the Veneto are listed by UNESCO as part of a World Heritage Site named City of Vicenza and the Palladian Villas of the Veneto.[4] The churches of Palladio are to be found within the “Venice and its Lagoon” UNESCO World Heritage Site.

The view straight on brings you to the rear and a manner so realistic it looks like a real building.

From Wikipedia “Since 1994, the Teatro Olimpico, together with other Palladian buildings in and around Vicenza, has been part of the UNESCO World Heritage Site City of Vicenza and the Palladian Villas of the Veneto.”

Quick video of the Olympic Theater in Vicenza. Italy

There is a lot to see in Vicenza, Take a look on Google for more ideas. It is a pedestrian friendly city. Be careful to read the signs for traffic limitations, you may receive a ticket if you miss the signs to stay out of a certain street.

Public transportation is good. A number of US service men and their families come to town with our base close by.